T+2 Too – Update from Canada

The Canadian securities industry has recently announced plans to move the Canadian market to T+2 on the same schedule as the U.S. market. Canada’s coordinating organization for shortening the settlement cycle is the Canadian Capital Markets Association (CCMA), with the CCMA’s T+2 secretariat headed by Keith Evans, CCMA Executive Director.

“The U.S. and Canada have an extensive history of moving in tandem on major securities initiatives, and the move to T+2 is no exception,” said Evans. “Canadian buy- and sell-side firms, custodians, infrastructure and service providers look forward to working with their American counterparts on a seamless, fully-tested transition to T+2 settlement.” 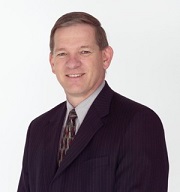 Not only do Canada and the U.S. have the longest friendly border in the world, but the connection between the Canadian Depository for Securities (CDS) and The Depository Trust & Clearing Corporation (DTCC) is the most active and sophisticated inter-depository linkage globally. About 40% of trades on Canadian stock exchanges are in interlisted securities, and Canada-U.S. cross-border transactions make up nearly 25% of the millions of trades processed annually through CDS.

In 1995, Canada and the U.S. shortened the securities settlement cycle from T5 to T+3. By 1999, the two countries were again working jointly, preparing to shorten the settlement cycle further. The CCMA, together with the Securities Industry and Financial Markets Association (SIFMA), coordinated efforts to improve straight-through processing (STP) as a step along the way – and the industry has progressed a lot since then.

The CCMA will be providing updates on T+2 to stakeholders via its website. To connect with relevant CCMA T+2 committees, visit www.ccma-acmc.ca or e-mail kevans@ccma-acmc.ca.